JAMES Halliday’s Australian Wine Companion 2011 has been released and it is the only essential reference work on this country’s wine for both the industry and consumers. Once again, the tiny WA wine industry, about 4 per cent of Australia’s grape crush, has fared extraordinarily well. 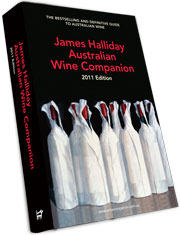 WA barely rates a mention among the James’ ‘best of the best’ for the Other White Wine, Sparkling Wine, Rose, Shiraz, Shiraz Viognier and the Rhone blend categories, but is clearly the dominant state in all of the other major varieties.

WA’s results are extraordinary with the highest-pointed wine (the 2009 Larry Cherubino Riesling) and seven of the highest rated 30 of this variety (23 per cent).

WA gained two of the seven equal highest pointed wines (the Brookland Valley 2009 and the Cullen Kevin John 2007 releases) and 15 of the 51 highest pointed chardonnays (29 per cent).

WA gained two of the top six rated sauvignon blancs (Leeuwin Estate and Larry Cherubino, both from 2009) and 15 of the most highly pointed 54 of this variety (28 per cent).

In discussing ‘monopolies’, James states that Margaret River has a “vice-like grip on Sauvignon Semillon blends.” WA provides the top two wines: the 2009 Cullen Vineyard and the 2007 Suckfizzle SBS releases, which were also his top two producers for this style last year and eight out of the top nine (89 per cent).

WA gained one of the two highest pointed wines for this variety (Hardy’s Thomas Hardy 2004 –grown, made and bottled by Houghton Wines) and 10 of the top 24 wines (42 per cent). The 10 Margaret River wines in this group once again confirm this area’s dominance over the Coonawarra region’s six.

Other Bordeaux red blends and varietals

Cullen’s Diana Madeline Cabernet Merlot 2007 is the highest pointed wine and WA gained 16 of the 34 highest rated wines (47 per cent!).

These results are consistent with past editions and can be added to the results from James’ Top 100 in The Weekend Australian Colour Magazine, 2011 (annually Australia’s single most influential wine column) that rates the west as having five of the 20 best in each of the under $20 red and under $20 white wine categories (25 per cent) and nine of the top 30 reds listed in the above $20 red category (30 per cent).

These highly publicised and influential perspectives and the impact that they have on consumers state that James Halliday is the greatest friend, at the national or international level, that the WA wine industry has ever had. The James Halliday Australian Wine Companion 2011 (Hardie Grant Books) is on sale at $35 and James’ subscription website is at www.winecompanion.com.au

comments by John Jens from InMyCommunity