I mentioned in a recent post that Juniper Estate Winemaker, Mark Messenger, makes a varietal wine under his own label – Zinful.

In short; a cracking good example of Zinfandel!

Zinfandel is often praised for its ability to reflect both its terroir and its winemaker’s style and skill. With this example the winemaker, who refined his winemaking skills in the heart of Zinfandel country, California, showcases just how delicious a Margaret River Zinfandel can be.

The only way you will find this stuff is direct from the winemaker, a few select outlets including the Margaret River Regional Wine Centre and some of Australia’s more adventurous restaurants.

Contact Mark at tinshed@iinet.net.au if you would like to add a case to your Christmas stocking. Price is $25 AUD a bottle. 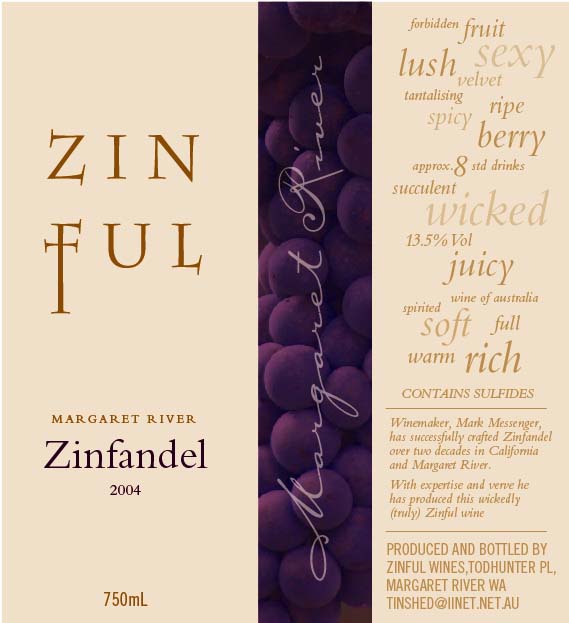 Surfed a few weeks ago at a …