Surfed a few weeks ago at a secret Margaret River location by legendary Australian surfer Mark Mathews.
In the words of Mark, “I had been out for 6 hours before I got this wave. It had been really slow all day and I hadn’t had any good ones yet. Then this mountain came roaring out from the horizon I got tingles (goose bumps) all over as soon as I saw it. I looked up at Hippo (Ryan Hipwood) who was on the jet ski and he didn’t even smile he just said “this things huge.”

“It was really hard to read the wave at this point. Once a wave gets over 1o – 12ft, you can’t really see the top of the wave in you peripheral vision. You have have to really turn your head and look up to be able to see what’s going to happen next. I was way too scared of falling to turn and look up at the top of the wave here. There was still so much water sucking off the reef. I just kept my eyes right in front of me and hoped the corner of the barrel wasn’t about to lip me in the head.” 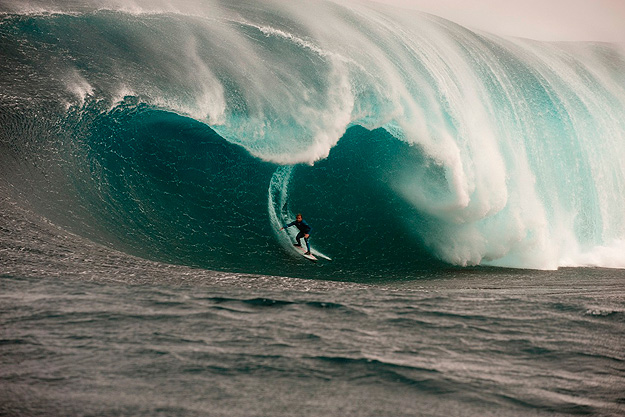 The picture says it all.

A legend is back for the Margaret River Pro