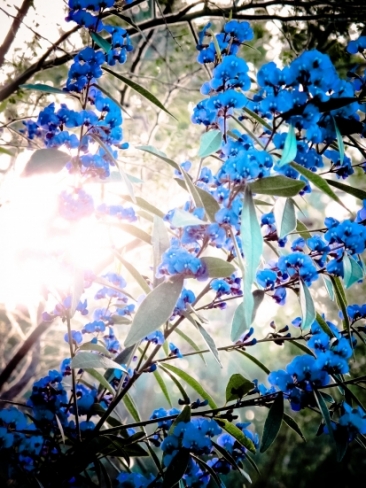 The first of the Spring wildflowers are starting to emerge throughout the Margaret River Cape region.  Beautiful specimens of Hovea, Templetonia, Acacia and Hibertia are flowering in abundance.

The northern section of the Cape to Cape Track, from Cape Naturaliste Lighthouse to Sugarloaf Rock is lighting up with stunning displays.

The flowering season will extend as the warmer weather moves further south along the Cape; with excellent viewing opportunities right through until late October.

The Margaret River Discovery Tour and the Margaret River Best of the Best Wine Tour both include the opportunity for wildflower spotting as part of the 4WD experience.  You will discover a hidden patch of one of the most spectacular displays of  the stunning pink Pimelea.  And if you time it just right we also know where to find the elusive Margaret River Spider Orchids.

The image below is a Silky-leaved Bloodflower that can be found along the Cape to Cape track around July/August. 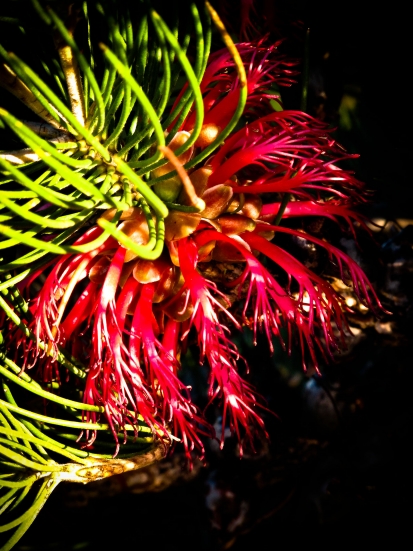