Next year’s Margaret River Wine Region Festival has been confirmed for April 16-20.

It was smiles all round, and a small glass of celebration, for the festival crew as they unveiled the first stage of their plans for the region’s premier celebration of all things viticultural, which in 2009 will include a major street party, a “cabernet cabaret” and events at Leeuwin and Saracen estates.

John Bradbury was appointed the festival’s events manager and he said he hoped to move the festival up a further notch but retain the whole-of-region focus. 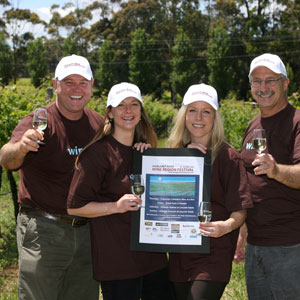