Spring is in the air and warming weather trending to 26 degree temperatures for the middle of November is a pleasant relief from the cold wet weather experienced throughout winter and in early spring. I must say that this past winter and early spring have been the coldest that I have experienced in the 25 years of living in Margaret River wine region.

The vines also responded to the cold winter weather with a deeper than usual dormancy and the resulting even budburst in spring is a pleasure to behold, the vines are loving it and viticulturists smiles are indicative to the crop yield potential forming on the vines. Already we can see recovery in the visual appearance of vine foliage as normal spring growth occurs and newly unfurling leaves are free from the damage caused by recent wind, cold temperatures and light hail. The early indication of crop load for the 2017 vintage looks promising with many shoots showing 2 or 3 immature bunches. At this stage, we call these bunches “Inflorescence” as they are the promise of flowering (florescence) and therefore the future crop. From this time, we must protect the crop and monitoring for pest and disease is a job for the keen-eyed viticulturist and for many of the team that are trained to be observant and react to visual indicators of pests, disease and vine nutrition issues. Monitoring occurs regularly (at least weekly) and involves time spent specifically looking for potential problems and reacting in a timely manner. Spraying is done fortnightly to help protect the crop from powdery mildew, downy mildew and other damaging diseases. The chemicals used are Sulphur and copper – both naturally occurring products and acceptable in organic production. Monitoring will show if the need for more specific control methods are required. Other cultural practices such as shoot thinning, fruit thinning and leaf removal can be done to help reduce the risk from disease by allowing sunlight and airflow into the vine canopy. The sunlight has ultraviolet light and this is known to cause sterilization of disease pathogens and then airflow allows a reduction in humidity and also allows that spray chemicals can be efficiently applied to give full coverage within the canopy and around the fruit, both are very important in providing basic control of disease.

A lot of effort is put into minimizing the use of chemicals for disease control. Improving biodiversity in the vineyard environment is a system often put into practice. As you drive through the Margaret River region at this time of year, the colours seen in the vineyard pasture is an indication of the level of effort that some viticulturists are applying to increase biodiversity. With some care, it is possible to move away from a monoculture (just growing grapevines) and to include many other flowering plant species into the mix of herbage grown to increase biodiversity. With a trained eye and some basic knowledge of plant species we can see flowering clovers, lupin, daisy, cape weed, chicory, brassica, medics, lotus, vetch. These compliment the many grasses including oats, rye, tritacali and native species all grown in the vineyard as part of a greater management system. Of course, there are also weeds that grow naturally and there are some benefits from a natural balance of species which sometimes requires intervention to achieve the balance. We recognise the importance of biodiversity in plant species within the vineyard, as this forms part of the natural control of pests and disease. Beneficial predatory insects such as the many different types of wasps, lacewings and ladybirds all add to the natural pest and disease control. Many beneficial predatory insects will graze on flowering plants, using nectar and pollen as an energy source in preparedness for the development and emergence of other insects. Other cultural practices extend the benefits of biodiversity, for example when mowing in the vineyard it is common practice to cut alternate rows so as not to greatly disrupt biodiversity and then return a few weeks later to mow the uncut rows; This gives the beneficial insects the opportunity to migrate to unaffected areas of the vineyard and it reduces shock in the environment.

Obviously, to most it is easy to understand what can be visually observed but we also realise that much within the vineyard goes unobserved. To a great extent this is at a microscopic scale and therefore difficult to see and therefore understand. Such is the case with certain types of beneficial microbiology. Traveling around Margaret River we often see spray carts out in the vineyards, the natural thoughts are that fungicides and pesticides are being applied. While this is often the case, we need to consider that science is allowing us to better understand other facets of plant health and disease control that involve using selected microbiology in what we describe as biological farming or probiotic farming. Organic principles are incorporated into normal vine care and there is ever increasing movement away from chemicals to improve the microbiological activity that occurs naturally in soil and also on the vines. It is becoming common to apply compost teas, specific strains of selected bacteria and fungi, milk products and other complimentary biologic additives that help enhance the vines immune system and/or introduce competing pathogens that help regulate the spread of damaging disease. Recently we have been applying some selected probiotic microbes into soil with the intention of improving plant health and to help with pest and disease control. Of major interest are fungal species referred to as Vesicular Arbuscular Mycorrhiza (VAM) and the many complimentary bacteria and protozoa that work symbiotically with the pastures and grape vines. The use of VAM in agriculture is now proving without doubt to be one of the most technical sciences in providing alternatives to chemical pest and disease control while improving plant health that results in higher yield and better food wealth. VAM introduces the production of naturally occurring organic acids such as salicylic acid, humic acid, fluvic acid, proteins (amino acids) and possibly many more yet to be discovered compounds that are drawn up through the roots and into plants. The combination of introduced soil minerals that are coated with probiotic soil microbes is at the cutting edge of viticultural technology that provides a vine response described as Systemically Acquired Resistance. This response “trigger” using naturally occurring acids taken into the vine helps stimulate the plants immune system that reduces infection and promotes plant health. Simply, healthy vines grown in healthy soils have fewer problems with pest and disease, a fact that many caring viticulturists in Margaret River are working towards understanding and improving out in the vineyard.

The photo is taken at night at Cullen vineyard during the November Supermoon event. 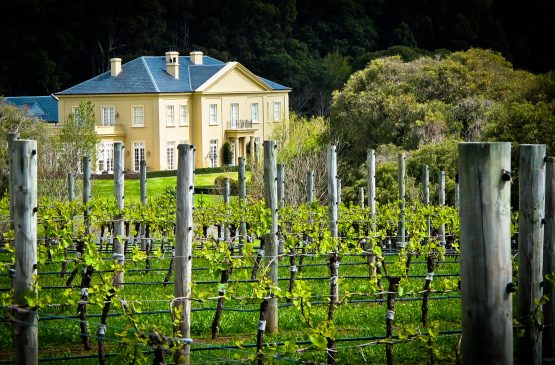 Out in the Vineyard Spring 2012

Well, spring is with us and it’s that time of the year … 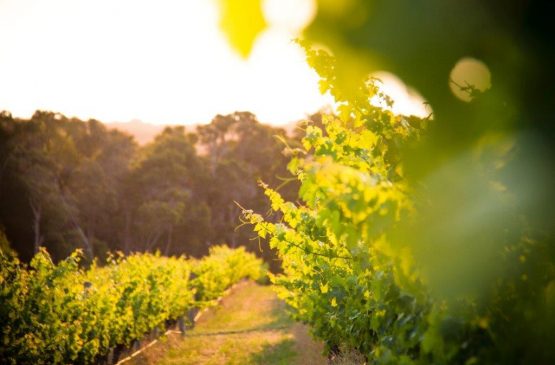 Out in the Margaret River Vineyard Spring 2014

Out in the Vineyard