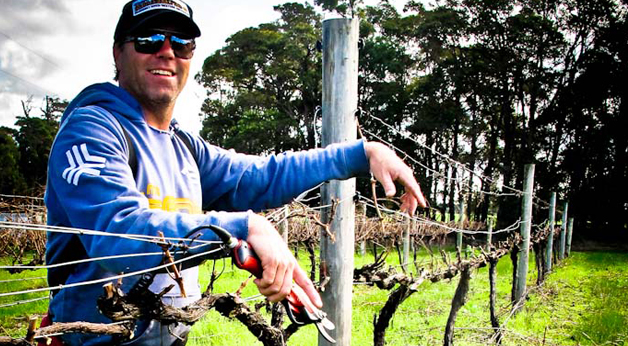 The winter is now with us and recent rainfall has been a welcome relief from the extended dry summer and autumn period. Those vineyards in Margaret River that have planted cover crops, now have the indication of seed establishment and we can see some fantastic germination of oats, rye, lupins and pasture mix out in the vineyards. Astute viticulturists have already completed soil samples and analysed to determine the soil mineral wealth for the cover crop and future vine requirements. Where necessary we have made some applications of the correct fertilizer to improve availability within the soil to the plants. Importantly, the cover crops that are grown through this winter and spring will eventually mulch in the soil and become the potential nutrition for vines and future cover crops… all part of the nutrient cycle.

Many growers now also use imported composts and mulches to help build soil nutrition and health in the vineyards. We can’t underestimate the value of building soil organic carbon in soil that eventually also introduce organic compounds such as humic and fulvic acid, these compounds benefit soil structure, moisture holding capacity and stimulate plant health. In most soil that has good levels of organic matter we will also have a adequate supply of nitrogen and this can be in the form of amino acids and protein, these compounds are plant available and the vines do well. The determination of soil nitrogen can be very complex and we tend towards looking at the total nitrogen in the soil as a guide. We do take into account the carbon to nitrogen ratio as an indication of available nitrogen to plants. Ideally we look for 15 parts carbon to 1 part of nitrogen as being correct and in balance. Soils that have a carbon to nitrogen ratio that favors nitrogen will be adequate for vine growth… but if there is more carbon in the ratio than nitrogen, then a fertilizer application containing nitrogen may be made to allow nitrogen for plant health. The total soil health has far reaching benefits in reducing chemical input and producing fruit of the highest quality for winemaking.

Recent rainfall has also been a perfect time to apply some selected microbiology to the soil. Microbe technology has come of age in modern viticulture and this know-how incorporates strains of beneficial bacteria, fungi and Mycorrhiza that improve soil health and interact with plants to improve plant health and performance. These microbes are generally supplied in freeze dried powder form and include nutrients that promote multiplication and establishment of cells in the soil or when brewed (similar to brewing beer or making wine). We generally brew the microbes for 24 hours to increase the number of cells and then dilute with fresh water and apply to the soil through a drencher bar in the early morning, evening or at night. It’s even better to apply these when there is rainfall occurring, so that contact into the soil is made. Where we have applied these microbes we can see an improvement in seed germination, seedling growth and plant survival. There are also complex symbiotic relationships between Mycorrhiza and grapevine roots that provide benefits to the vines with mineral uptake and general plant health. With careful management and the increase in soil organic matter, it is possible to establish and maintain effective populations of the desired “bugs” in the soil year after year. The benefit is in plant health and eventual wine quality.

With the soils in good shape and cover crops growing it is then time to turn attention to pruning. Time to break out the pruning shears, sharpen the blades and load up the i-pod with some music and podcasts for the next couple of months listening pleasure!

Pruning is the focus within Margaret River vineyards now and will continue into August until budburst occurs. We can see individuals and teams out in the cold and rain toiling away. Importantly, pruning sets the vines crop for the coming vintage and much reflection on the success of the previous growing period and wine quality as well as consideration for future crop requirements will be managed…. and then the cuts made. 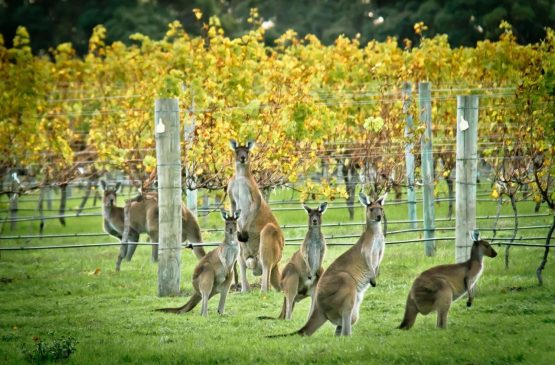 Out in the Margaret River vineyard – Winter 2014

With the 2014 vintage successfully tucked away …