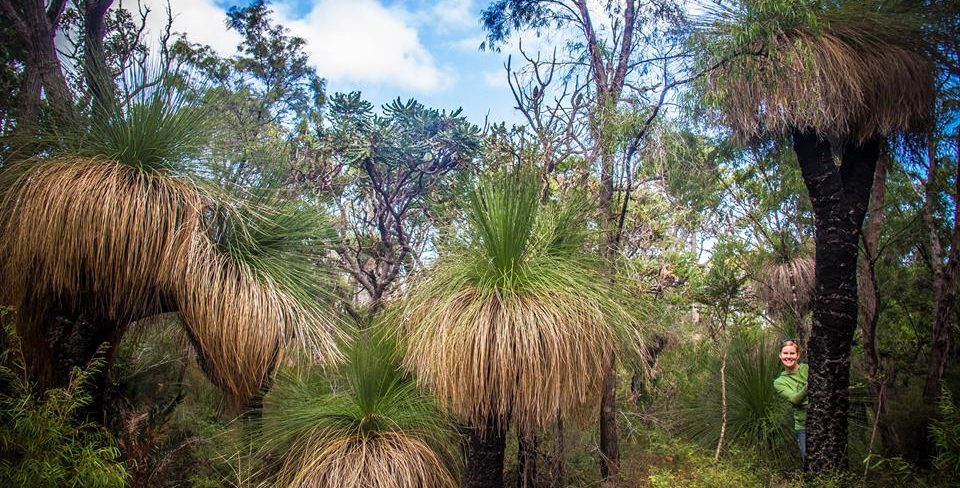 Ask most Aussies about the iconic grass tree and they’ll tell you they only grow a few millimetres a year. It’s one of those statements that we’ve been brought up with and have heard so many times that it’s just taken as fact.

That’s actually not true.  They are slow growing and take decades to reach the grand heights of 3-4 metres, but even the slowest will grow at least 2.5 cm a year.

Although we use the word ‘grass tree’ to describe all of these spiky wonders, there are actually about 30 different types. If you’re interested in the technicalities, the proper name for all of them is Xanthorrhoea, meaning ‘yellow flower’ in Ancient Greek which is interesting because there were no grass trees in ancient Greece – they are endemic to Australia.

If you ask your grandparents, most of them will know these plants as ‘black boys’. It’s not meant to be derogatory but is so-called because of supposed resemblance to an Aboriginal boy with a spear. But sometime in the past few decades we have moved to a more politically correct name, the grass tree.

For traditional Aboriginal people the grass tree was one of the most useful plants in the bush. They used the grass to thatch the roof of their Mia Mia huts,  the inner core when it starts to rot on a dead grass tree was also a good place to culture growing grubs and bugs for eating.  The dried flower at the end of summer also made great spears.  The most useful element though, was the resin that oozes from the trunk, this resin melted and mixed with Kangaroo dung produces some of the world’s best natural superglue!

The slow growing doesn’t apply to the ‘spears’ that shoot up though. They are actually the seeds and you can almost see them growing they go so quickly. You can use the seeds to grow new plants, but you’ll need to wait a while – about 10 years – before you even see a trunk form on some of them. The seeds are very popular with our native birds and you might be lucky to snap a photo of a bird dropping in for breakfast.

The grass tree is a pretty common site around the Margaret River region and you’ll regularly spot 1-2 metre high plants dancing in their hula skirt. But, over the years the Margaret River Discovery Co. has tracked down a couple of truly spectacular specimens. There’s a 10-header (yes 10 plants on one trunk) on a remote track near the Boranup Forest and, one of the tallest we have found is on a section of the Cape to Cape track behind Gnarabup.

Their height and those spectacular grass skirts can be their undoing though. Those trunks can only hold so much weight and those skirts, if left to build up over many years, will eventually see the whole plant topple. But those skirts can also be home to little animals like the ringtail possum. It’s a catch 22 about how much skirt-trimming to do although for fire safety and aesthetics most householders keep theirs pruned, and enjoy the striking contrast of the vivid green spikes against the black trunk. In the wild you’ll see them in all their full-skirted glory. There are lots like this along Caves Road, especially between Gracetown and Yallingup.

Black Bream in the Margaret River